Review of 2017
Another busy year starting off with our traditional fish and chip run in January. Always popular and well attended. February was the month we changed venue to The Motor Club at Coulby Newham. It’s been a really good move. A more suitable venue for us and we have been made very welcome by all the staff. Reg and Babs organized a lunch run to The White Horse in Ampleforth for our March run. As usual, where food is concerned, we had an excellent turn out. In April we joined up with The Motor Club for drive it day. This was a great run followed by a BBQ back at the club and we plan to do the same this year. In May we had a club stand at Teesside Air Show. A disappointing turn out but then the air show itself was disappointing so, suffice to say, we won’t be going again this year. Derek and Pat organized the ice cream run in June. I think this has now become a new club tradition. Later that month we went to the village fete in Barningham. Lord and Lady Milbank were very enthusiastic about the cars. The weather was wonderful and we had a perfect day. We also had Stokesley show in June and then a run to Flaxton farm for our summer BBQ. This run was organized by John Barton. Johnny Walker and his wife Angela made us very welcome at their farm and put on an excellent BBQ. Our in house band provided entertainment. Again, a popular event that we hope to repeat this year. Our annual charity Tees Valley Trail was in July. We had over 40 cars sign up this year and raised over £600 for our chosen charity,The Stephen Hughes Foundation. August was Swainby show and we all huddled together under the gazebo. October was our final run of the year to Thorpe Perrow Arboretum. I must also mention the fun club nights we have had this year thanks to Derek. From bingo, trivial pursuit to dominos. They ve been a nice variation and given us lots of laughs. December was busy with our Xmas events. A very successful dinner dance at The Wainstones. A place we haven t been to for a lot of years but it was excellent. The Village Inn at Brompton did us proud once again with a lovely Xmas lunch and we had our usual Xmas club night. Music supplied by our in house band JMS and Lloyd excelled himself with his quiz. Big thanks to all those who helped with events etc. and please let the committee know if you have any suggestions for future runs.
Lots planned for 2018 starting with the Fish and Chip run in January then a breakfast run to RSPB Saltholme in February. This is a bit of a trial run but if it’s a success we may plan more breakfast meets.
Best wishes for 2018. 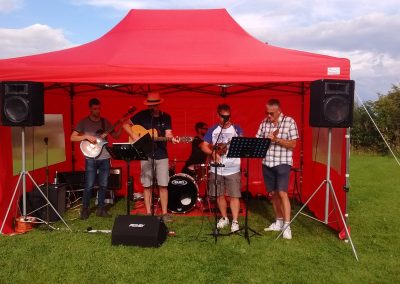 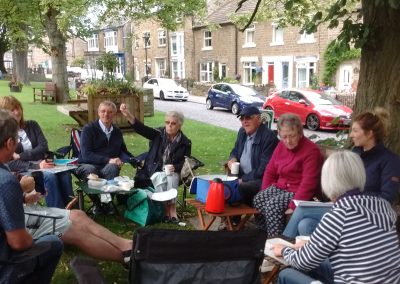 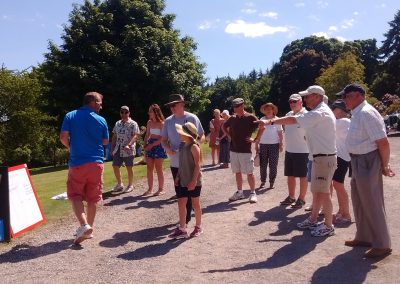 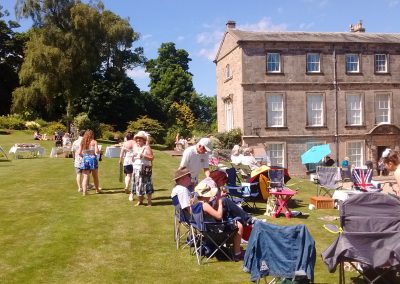 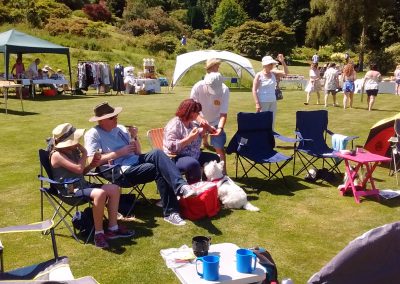